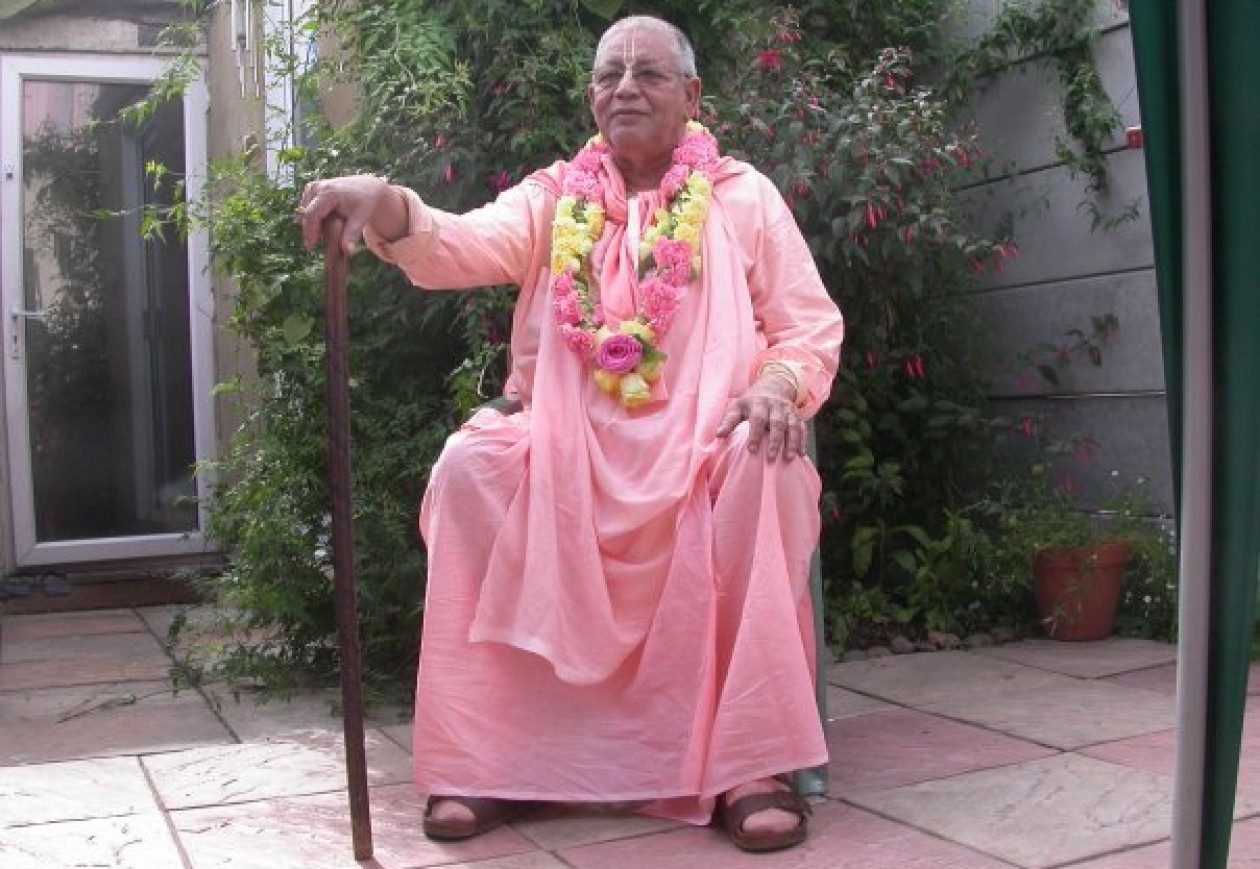 “O Govinda! Without You, the world is empty. Tears are flooding my eyes like rain, and a moment seems like forever.” 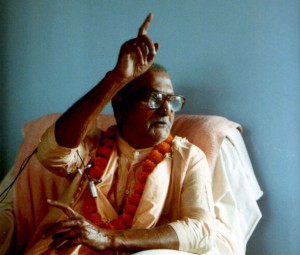 Sometimes this verse is translated, “O Govinda, without You, I feel a moment to be twelve years or more.” The word yuga is sometimes translated “twelve years.” Some devotees say this is because Mahaprabhu experienced the most intense separation from Krishna in the mood of Radharani for twelve years. In the Sanskrit dictionary it is said that one yuga means twelve years. That is one conception. Another meaning is “millenium” or “age.” A yuga can also mean an unlimited amount of time.

Sri Chaitanya Mahaprabhu says, “One moment seems like an unlimited period of time. And My eyes are shedding tears like rain. The rainy season produces so many floods, and now it seems to Me that My eyes are flooding. The visible is becoming invisible to Me. I am so withdrawn from the present environment that I can’t see anything. My mind fels so much internal attraction towards the centre of the infinite that wherever I cast My glance I see nothing. Everything appears vacant, because I feel as if Govinda has withdrawn from Me.

“Such a peculiar sort of feeling is within me—I have no interest in anything. All my interest is drawn towards Govinda, and to such a degree that I am a stranger to my present environment. I have nothing: no consciousness. It has gone somewhere else-towards the infinite. When there is a drought, all the rivers and lakes dry up. The water is drawn towards the gas world. Nowhere is a drop of water to be found. It is something like that. All charm is withdrawn so extensively that everything is empty. My senses, mind, and everything else has been drawn up, attracted by the all-attractive, all-charming, all-sweet Personality of Godhead, Sri Krishna, reality the beautiful.” Sometimes it seems that the gap between union and separation is like so many millenia. A devotee thinks, “I have lost the consciousness of meeting Krishna long, long ago.” He has a faint remembrance: “I had some union with Krishna, but I left that so far behind, so far off, that it apears to be an unlimited gap of time. I once had a faint recollection, but now it is gone, perhaps forever.” He feels such a great degree of disappointment and despair.

This is the standard of the infinite world. Just as we measure the distance of the planets and stars by light years, here the transcendental temperament is being measured by such a standard. What audacity we have to deal with things so great and beyond our jurisdiction.

At first the devotee, thought, “If I am raised to that standard of service, my heart will be fulfilled. My thirst will be quenched, and I will feel some ease and satisfaction within me.” But the development of his devotion took him to an unexpected plane of life. It is the nature of divine love that when a adrop of that medicine is given to a hankering patient, the patient thinks he is cured, but he is taken into a dangerous position.

He thinks, “Seeing the devotees shedding tears incessantly, the hairs of their bodies standing on end, their voices choked up while chanting the name of Krishna, I was charmed. Those symptoms attracted me and I thought that if I could attain this, I would feel real satisfaction, but upon attaining that plane, what do I find? Just the opposite.”

Coming into real connection with the infinite, he feels hopeless. He thinks, “There is no limit to progress. Rather, as much as I come in intimate connection with the infinite, I feel hopeless.” The more we advance, the more we find it unlimited, and finding it unlimited, we become hopeless but we can’t turn back. There is no possibility of retracing our steps; we can only go ahead. This is the spirit of a genuine devotee.

Finding the infinite characteristic of our prospect, we can’t leave—we become hopeless, thinking, “The highest kind of nectar is just before me, but I can’t taste it—I am unable to touch it or get it in my fist. Still, its charm is so great that I can’t retreat from this entanglement. And without that, a small span of time seems like millions of years.” 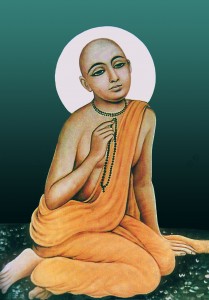 The devotee thinks, “Oh, long, long ages have passed away; still I am in want! I am trying to get it, but I can’t get it, and time is passing. Time is also infinite. So many rivers of tears take birth from my eyes; tears profusely run down from my eyes over my body, but I don’t find the position of success within my reach. My mind is fully vacant. I can’t find any trace of my future. I have no charm, no attraction for anything else that might seem to console this diseased body.

Chaitanya Mahaprabhu says that when we are deeply situated in love of Krishna, we can’t leave it, but our thirst increases and we feel no satisfaction. We are in the midst of such an apparently horrible position.

The hankering for Krishna which awakens in one’s mind takes this direction. When a devotee really comes in connection with Krishna, his position will be all-eliminating and all-exclusive. His complete concentration will be on Krishna.

In this verse, Sri Chaitanya Mahaprabhu describes how a devotee goes further, awakens a higher conception of Krishna, and then, seeing Krishna just before him but not getting Him, feels this kind of separation. The more he progresses, the more he finds himself in this position of hopelessness. This highest advice of Sri Chaitanya Mahaprabhu helps us adjust ourselves to this intense mood of separation. He tells us, “You are going to be lost in Krishna consciousness. And what will be your position? You are a drop and you will be thrown into the ocean of divine love.”