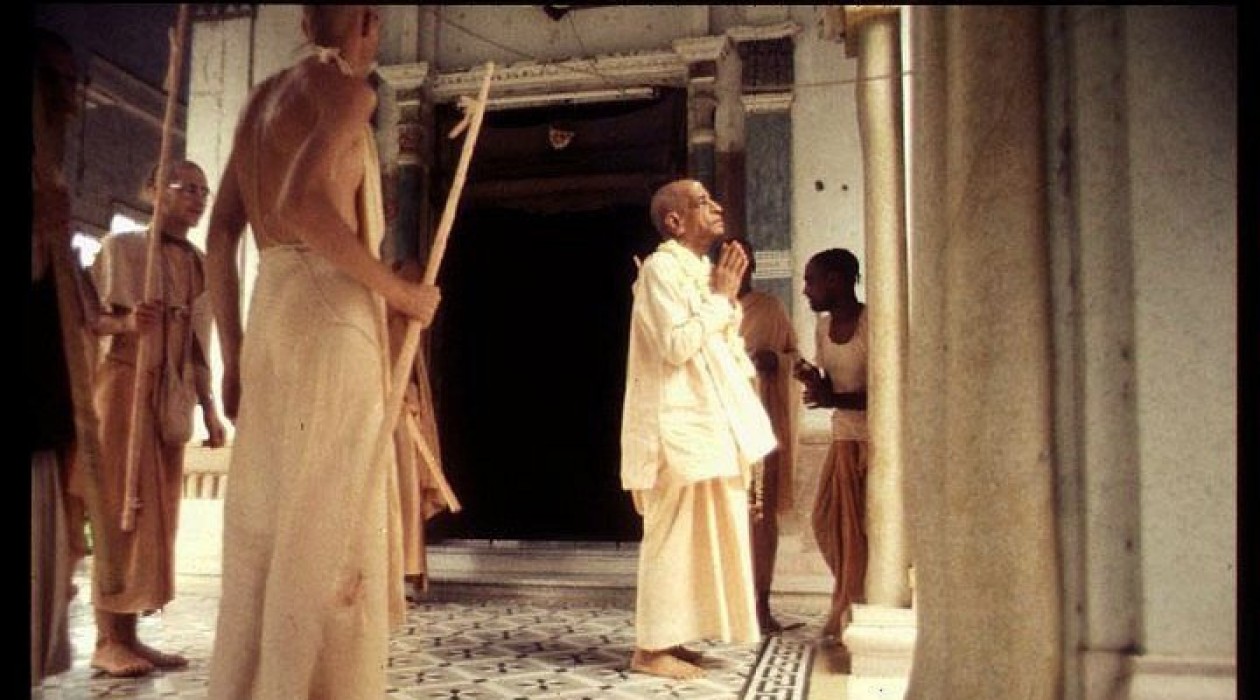 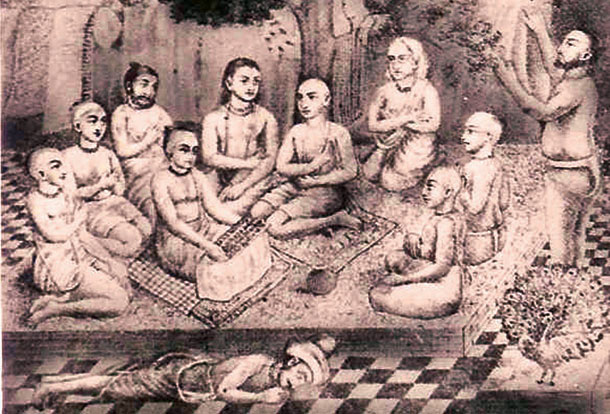 Sri Chaitanya Saraswat Math is part of the Bhakti tradition that originates in India at least three thousand years before the birth of Christ. Rooted in the ancient Vedic Scriptures, the Bhakti tradition is monotheistic and recognises Vishnu or Krishna as the Almighty Supreme Lord, identified as Allah in the Islamic religion and Jehovah in the Christian and Judaic religions.

Traditionally there are four schools or Sampradayas of the Bhakti tradition (also known as Vaishnavism)—Hamsa, Sri, Brahma and Rudra Sampradayas. These ancient Vaishnava schools were further developed around 1000AD as each received new revelation in the form of four great Teachers or Acharyyas. Visnuswami in the Rudra Sampradaya, Ramanuja in the Sri Sampradaya, Nimbarka in the Hamsa Sampradaya and Madhva in the Brahma Sampradaya.

The renaissance of Vaishnavism gained full momentum in the 16th Century following the Advent of Lord Sri Chaitanya Mahaprabhu (1486- 1534) in the Nadia district of West Bengal. Although Lord Chaitanya was initiated in the Brahma-Madhva line, His marked differences in both practices and theology, in effect established His School of Gaudiya Vaishnavism as a separate and distinct tradition which successfully harmonises and reconciles the theological differences between all of the Vaishnava Schools and teaches the summum bonum of Vaishnava theology as devotion to Sri Sri Radha and Krishna, the Divine Couple of Vrindavan.

The School of Gaudiya Vaishnavism was systematically presented under the direct instruction of Lord Chaitanya by his direct followers, the six Goswamis of Vrindavan as well as His principle biographers, Krishnadas Kaviraj and Vrindavan Das Thakur.

The next generation of the Gaudiya line was headed by Srinivas Acharyya, Shyamananda Pandit and Narottam Das Thakur. They were followed in the late 17th Century by Vishwanath Chakravarti Thakur and in the early 18th Century, Baladev Vidyabhusan who firmly established the Gaudiya Sampradaya by authoring the famous Govinda Bhasya before the Royal Court of Jaipur.

In the late 19th Century the thread was again taken up by the great Bhaktivinoda Thakur who can be credited as the prominent reformer of the Gaudiya Vaishnava tradition in the modern age and the founder of the Krishna Consciousness Movement. His son Srila Bhaktisiddhanta Saraswati Thakur founded the Gaudiya Math in the early 20th Century (1918) and conceived of spreading Krishna Consciousness outside of India for the benefit of all mankind. His disciple Srila Bhaktivedanta Swami Maharaj Prabhupad founded the International Society for Krishna Consciousness (ISKCON) in 1966 after traveling to America by ship in 1965. Srila Swami Maharaj successfully spread the Gaudiya Tradition all over the world establishing over 108 centres and publishing more than 80 books in English and almost all other major languages.

In 1985, three years before his passing in 1988, Srila Sridhar Maharaj established his most beloved and qualified disciple, Srila Bhakti Sundar Govinda Dev-Goswami Maharaj as his sole successor, bestowing the position of the Acharyya and President of Sri Chaitanya Saraswat Math and all its branches worldwide.

Recognised by Srila Sridhar Maharaj as a natural paramahamsa and as being established in the nirguna plane of devotion, Srila Govinda Maharaj continues to spread the doctrine of loving devotion as revealed by Lord Sri Chaitanya Mahaprabhu all over the globe. Srila Govinda Maharaj’s deep devotion and wisdom combined with his unique humour, sweetness and compassion make him the perfect master of the Gaudiya Vaishnava Tradition for the 21st century.